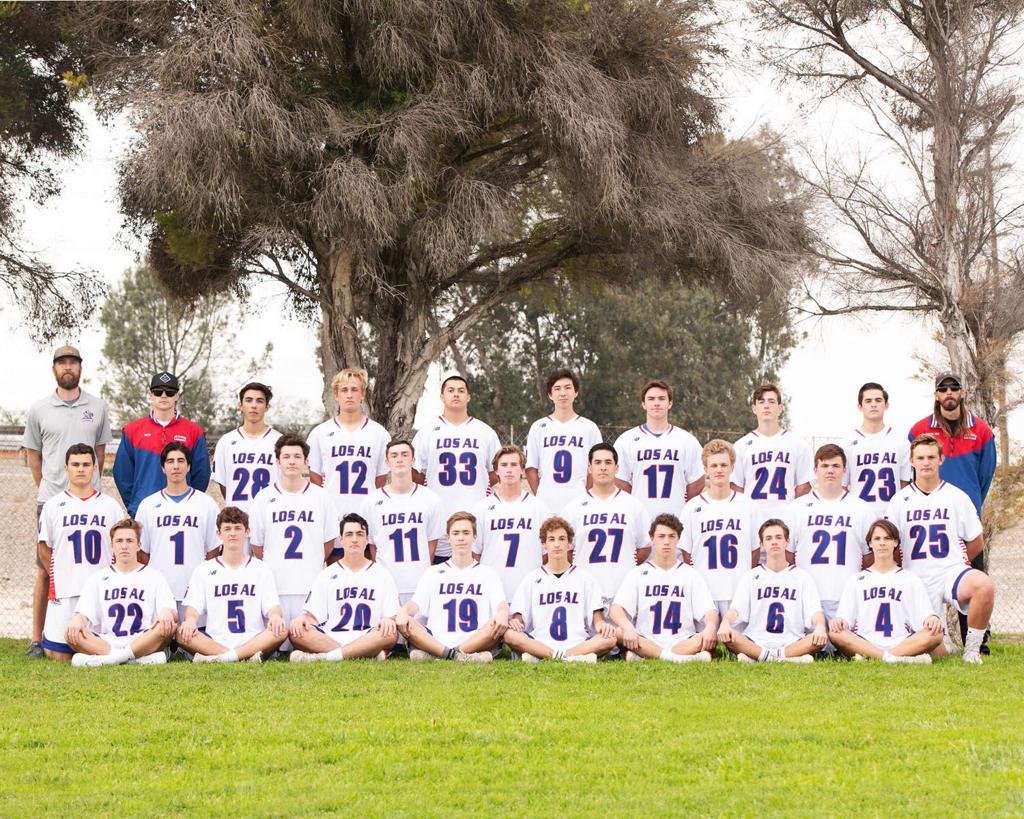 Future is Bright at Los Al

Devin Arkison of LockdownD.com defensive training and recruiting assistance has been out to quite a few games this season and really likes what he sees in the class of 2021.  Here are just a few of the sophomores that he says are already making a difference

Ed Shean, Los Alamitos: Baller Alert, Ed can play! Started as freshman a season ago and was very good tallying 51 goals and 42 assists..   Ed has started quickly in 2019 including a seven-goal beast mode performance vs Santa Margarita Catholic, scoring the game winner in the 11-10 win. In addition Ed was named a captain as a sophomore, that’s rare. Freshman teammate Drew Anderson has also started very strong for the Griffs, scored 3 goals vs Santa Marg, and big numbers overall. The future is bright at Los Al.

Shane Dzwilewski: The sophomore from St Margret’s should be a factor this season.  Shane got run in 2018 as a freshman.  Normally a close-D, he was  was thrown in at LSM to cover one of the OC’s top middies (a senior) in last year’s OC semi final game. early in first quarter due to injury.  Dzwilewski was up to the task, not getting beat a step in the one-goal victory.  Shined in big spot. Now 6’2 vs 5’11 last season he looks ready to step up for the Tartans.  Should be big factor as cover guy at close dee for top ranked team in OC vs top competition. Coach Miles always schedules the top teams and and will play anyone.

Jack Rogers, San Clemente: Rogers was very good as a freshman for coach Finn last season.  41 goals and 28 assists against some very good competition.  As a shooter, feeder or dodger his game is nice. High lax IQ.  Has started the season strong, should get better as the season progresses and be factor come playoff time for the Tritons as young team gels.

Trevor Krause, Yorba Linda: Started all games at defense except the opener in 2018 as a freshman. Was named all-league and collected 42 ground ball as well as being an excellent cover guy.  Covered Los Al’s Shean in 2018 and did very well in an 11-4 win.  This season in the opener vs CDM, Krause was a big factor.  5 ground balls, 3 caused turn overs vs #3 ranked OC team. Clearing decisions were next level, created transition goal on ankle breaker move at the midline and got hockey assist in tight 6-5 loss. Trevor has a chance to help Coach Schreiber’s team roll this year, talent at every position.

Joey Garcia, Foothill: Started in the goal as a freshman last season along with Braden Webb. No easy task at Foothill.  Coach Fox is known to have a tough schedule year after year. Foothill doesn’t duck anyone.  If you didn’t know Joey was a freshman last year you’d never have guessed it.  He is very polished.  He was excellent Saturday vs Oak Park with 12 saves.   Good shot at break out year and a title in 2019.  Foothill’s 2021 class is very with Anderson, Saukeld,  Pistone, Babb, Yourstone, Keizler and a couple more I may have missed, could have made this list.

Ed Shean had seven goals including the eventual game-winning goal to lead the No.11 Los Alamitos boys lacrosse team to a 12-11 upset over No.4 Santa Margarita on Saturday at Newport Harbor High School in the OC Invitational.

According to MaxLax records, the last time Los Al defeated Santa Margarita was some time before 2013.

“Having a Los Al name on your jersey, we don’t commonly beat a team like Santa Margarita,” Shean said.

The two teams traded blows throughout the game and saw multiple lead changes. The Griffins jumped out to an early 3-2 lead only to watch Santa Margarita battle back and carry a 6-4 lead into halftime. Finding an answer for Shean who had all four of the Los Al goals, was no doubt a topic of discussion in the Eagles’ halftime huddle.

Los Al came out firing in Q3 and took back the momentum with a seven goal outburst that gave them a 10-8 lead going into the final quarter.

Slowly but surely, the Eagles got the lead down and tied the game at 11-11 thanks to a goal from Connor Carr. The Griffins won the ensuing faceoff as coach Tim Fox called time out.

The Griffins took back the lead thanks to a goal from Shean with about 27 seconds left. The Eagles got the ball back and a final shot which found the back of the net, but was disallowed because the shot came after the final horn sounded, as the Griffins stormed the field.

Fox said that this win ranks as one of the best wins his coaching career at Los Alamitos.

“This was a team win tonight. We just had to settle them down at halftime, make that everyone on the same page and tell them that possessions was going to be the key,” Fox said adding that Shean was given the game ball.

In additions to Shean’s big game, freshman Drew Anderson had three goals while James Hightower and Thomas Dentzer each scored one goal apiece. Guido Cuccia had 11 saves for the Griffins.

“He’s a young kid, but he’s got a lot of talent,” Shean said of Anderson.

For the Eagles, Tyler Wrightson, Ryan You and Connor Kentros each had two goals apiece. Corbin Feathers, Chad McFadden, Jack Allender and Carr each scored once for the Eagles, who got nine saves from Ryan Olsker.

“He’s one of our leaders, one of our captains, it starts with him. I know I can depend on him, I just don’t want to have to depend on him all the time,” Eagles coach Paddy Chester said of Olsker.

Up next for the Griffins (2-1), a road game against the three-time defending Southern Section champion Loyola (No.1 in LA) on Tuesday. For the Eagles (1-2), they have a home game against Trabuco Hills (No. 5 in OC) on Monday.

“We have a lot of new faces on the team this year. We graduated 17 seniors last year, so having some guys on the field and them firing out the gate gave us a lot of confidence,” Griffins coach Tim Fox said.

A hot start also benefited the Griffins, as they led 8-0 after the first quarter. The Eagles made the game interesting by scoring six goals in the second quarter, but still trailed 11-6 at halftime.

The Eagles got the goal differential down to as little as three, but couldn’t get any closer, as the Griffins kept answering back, eventually putting the game out of reach.

In addition to to the output form Anderson and Shean, James Hightower (3g, 1a), Matt Caressi (1g, 1a), Jake Runnels (1g) and Nick Weinmann (also scored) for the Griffins, who got 14 saves from Guido Cuccia.

“Knowing that he [Anderson] came out without being timid, without having any fear and just firing the ball and finishing the ball was beautiful,” Fox said.

Charles Wilson had seven groundballs for the Griffins while Daniel Kees had one groundball and three forced turnovers. Kees said one thing that he liked was that his team stuck together despite Oak Park trying to make a comeback.

“It was all team, not just one individual. We fought for every groundball, we got a couple of key saves from our goalie [Guido] and we came together,” Kees said.

For the Eagles, Max Manyak led the way with five goals. Marcus Jasso (2g, 2a), Tyler Bradbury (1g), Sam Peters (1g, 1a) and Cade Owens (1g) added goals for the Eagles, which got six saves from Connor Kaminsky.

Both teams resume play on Wednesday. Los Alamitos (1-0) plays Foothill at home while Oak Park (0-1) travels to play at Santiago.